CIDER 0.9 (a.k.a. “EuroCIDER”) is finally out and it’s our best release yet! (shocker, right?) It took a lot more time than I originally anticipated, but at least we managed to ship in time for EuroClojure!

There are a ton of important changes and new features in 0.9 and now I’ll go quickly through some of them.

Believe it or not CIDER now has a debugger! This was like the most requested feature ever, so I’m sure at least some of you are excited. The debugger was developed by the awesome Artur Malabarba. He even wrote a post about it and I guess you should read it.

CIDER’s dependencies will no longer affect your projects (read this as introduce dependency conflicts in them). All the dependencies are now isolated using source rewriting (simply put - they live in different namespaces than the original libraries). This magic is done by mranderson. Thanks to Benedek Fazekas for creating this small but super helpful tool!

Completion candidates are now annotated with information about the namespace and the type of the thing being completed. It’s pretty neat. 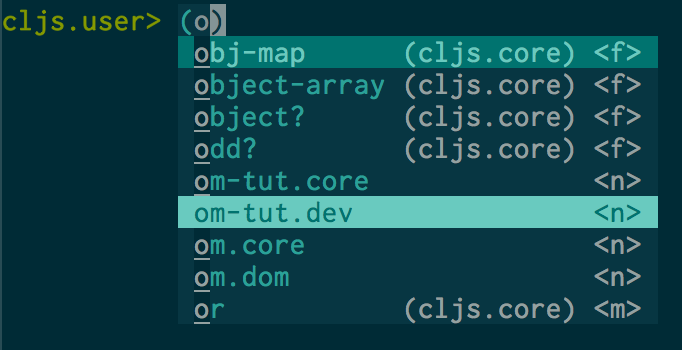 There were also a few important changes. Most notably we had to kill source-tracking code evaluation, as it wasn’t playing nice with ClojureScript. This was also a hacky solution and I still hope than one day this will be properly supported in nREPL itself. In simple terms - var definitions evaluated by themselves won’t have any location metadata set for them, which will make it impossible to go their definition. You can also help out by voicing your support for this nREPL ticket’s patch to be merged.

You’ll also notice that some commands that didn’t prompt for confirmation in the past do so now (e.g. find-var). This was done mostly for consistency with Emacs’s own commands that do similar things. The behavior is configurable via cider-prompt-for-symbol. If a ton of people dislike the new defaults reverting them is on the table.

All the Gory Details

There were truly a ton of changes and there’s little point in me repeating them here. If you want to know everything have a look at the release notes.

Going forward our top priority will be merging some functionality from refactor-nrepl and clj-refactor into CIDER itself. Think of things like find-usages, extract-definition, etc. Refining the debugger will be another top priority.

We’ll also try to do some important internal changes:

Depending of how well we progress on those tasks the next release will be either 0.10 or 1.0. I won’t make any commitments about its release date (but judging from past it will likely be 3 to 6 months from now).

If you’re wondering why things are moving more slowly lately, here’s the answer for you - I’ve been super busy since the beginning of the year and haven’t had much time for open-source projects. I’m hoping this will change, but only time will tell. I’m very happy that a lot of people contributed to the development of CIDER 0.9. The project definitely doesn’t have a bus factor of one.

Special thanks to Michael Griffiths who did a ton of great work on this release. You rock!

P.S. Recently I talked on the Cognicast about CIDER (in general and 0.9 in particular). You might find this episode interesting.

P.P.S. I’m rarely on IRC these days. #cider on slack and our gitter channel are now the official CIDER chats as far as I’m concerned.