Yesterday the pure GTK (a.k.a. pgtk) feature branch was finally merged in Emacs’s master. In a recent article I mentioned I was super excited about it, because this meant proper Wayland support for Emacs and by association - native support for running Emacs’s GUI version on Windows 11 with WSL.

Truth be told, I was under the impression the pgtk branch was already merged months ago and was going to be shipped with Emacs 28.1, but it turns out I was mistaken.1 When I learned we have to wait for Emacs 29, instead of Emacs 28, I immediately decided to build Emacs from the master branch. I’m using Ubuntu 20.04 (running on Windows 11) and the build process was super simple:

I guess those commands are self-explanatory, but let’s go over them in some details:

As you can see I went with the minimal feature-set needed by me (only -with-pgtk). Feel free to add whatever --with-x (optional feature) flags you might need, but keep in mind that most optional features will require you to install additional packages. You can see a list of all compilation flags with ./configure --help. It’s also a good idea to check out the official Emacs installation guide.

Out of the available optional features I think that the two most useful for the majority of people are probably native JSON support (--with-json) and native compilation support (--with-native-compilation). If you decide to go for them you’ll need to install a few extra packages and tweak the configure command:

In the end Emacs will get installed in /usr/local/ and you’ll have the emacs (and emacs-29.0.50) binary under /usr/local/bin. Just run it and that’s it. I’m writing this article from my brand new Emacs 29 running on WSL and it’s gorgeous - gone are the blurry fonts and the need to use a 3rd party X server as a stop-gap measure. It also seems that Emacs is a bit snappier, but this might be just my wishful thinking. My favorite improvement - Emacs doesn’t die when my computer goes to sleep (this was a nasty limitation of the X server I was using with Windows 10). 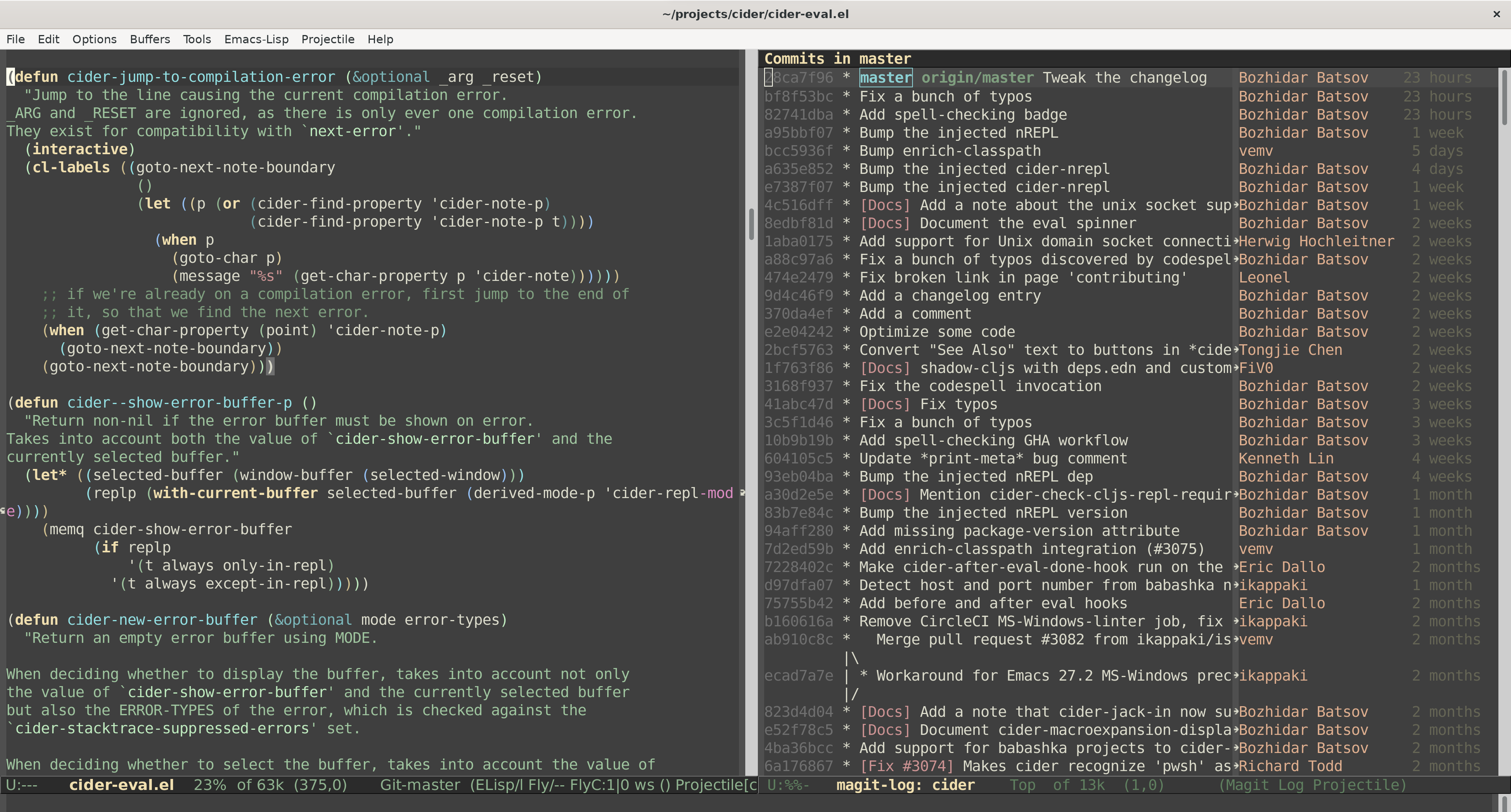 You’ll notice that now Emacs has proper GTK “chrome” (e.g. the frame title/header and the menubar). While the screenshot above is from Windows, everyone using Wayland on Linux will experience the same benefits as well.

You can tweak the chrome by with the handy gnome-tweaks utility:

It’s a simple GUI app where you can customize all sorts of visual appearance attributes of GNOME/GTK applications. For instance - I use it to select a GNOME theme and to add minimize and maximize buttons to the application windows.

On a related note - you may encounter some warnings on Emacs startup that some files from the cursor theme cannot be loaded. Basically, the problem is that most likely no GNOME theme is currently selected (simply because you don’t use GNOME directly). Just select some theme in gnome-tweak and the warnings will go away.

Emacs 29 also ships with an improved global minor mode for scrolling with a mouse or a touchpad, that you might want to enable as well:

When enabled, and if your mouse supports it, you can scroll the display up or down at pixel resolution, according to what your mouse wheel reports. Unlike ‘pixel-scroll-mode’, this mode scrolls the display pixel-by-pixel, as opposed to only animating line-by-line scrolls.

In my experience this resulted in much smoother scrolling. It’s not very clear to me what’s the difference with the older pixel-scroll-mode, but the new one definitely worked better.

make install will also create an emacs.desktop file under /usr/local/share/applications/emacs.desktop, so you’d get a menu entry for Emacs (and Emacs Client) in your Windows start menu or Linux distribution application launcher. For some reason with this launcher Emacs’s icon got replaced with a generic Linux icon in Windows, but I have been unable to figure out what exactly went wrong. I’ll update the article when I figure this out.

If you decide to uninstall the version of Emacs you’ve installed from source you can just run sudo make uninstall from the Emacs source folder.

It took me a while to get everything working, but it was also a lot of fun. In recent years I rarely build applications from source, so I’ve forgotten how easy and educational this was.2 I was even a bit afraid of the whole process! I hope this article will encourage more of you to play with new features or customize their Emacs installation.

The rumors about the my transition to the Dark Side (VS Code) were premature! Emacs forever!

One thing I’ve noticed on my journey to learn OCaml was that reading (text) files wasn’t as straightforward as with many other programming languages. To give...

Today I’ve noticed that I’ve written 36 articles to date here, which beats my previous annual record of 34 articles from 2011. I definitely didn’t see this c...

Lots of programming languages have some built-in range functionality, that’s typically used to generate a list/array of integer numbers. Here are a couple of...

Why Bother with a Custom Desktop PC in 2022?

Many people are quite surprised when I tell them that my primary computer is a custom-built desktop PC, that I assembled myself. After all, desktops have bee...